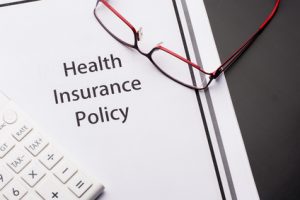 Political leaders in Texas have opposed the ACA and refuse to expand Medicaid. The statistics that would show the ACA’s ability to reduce the rate of uninsured people are still inaccessible in Texas. Though nearly 900,000 people have benefited from the ACA, Texas has a long way to go.

What is Medicare Supplemental Insurance?

QHPs in Texas
Open enrollment was available in Texas in 2014. The state had a much larger uninsured population than most states. By mid-April of 2014, when open enrollment ended, there was around 733,757 people who finalized their enrollment in the exchange program. As reported by HSS, around 84 percent of the people got their premiums reduced with the help of subsidies.

Medicaid Plan in Texas
At present, Texas is among one of the 22 states that has not expanded Medicaid and has no plans of doing so in the future. It has been estimated by researchers at New York University that if the state doesn’t opt for Medicaid by 2022, it will be forfeiting $9.6 billion in federal funds that year.

So, You Think You Can Do Without Health Insurance?

The Texas exchange had enrolled 141,494 people in the present Medicaid program despite the strict guidelines. There are around 1,046,430 people in the coverage gap who have no access to financial assistance for their health insurance plan. ACA would have helped in expanding Medicaid which would cover all legal residents in Texas.

This entry was posted in Health Insurance. Bookmark the permalink.