Here’s How Medicare Is Changing in 2017 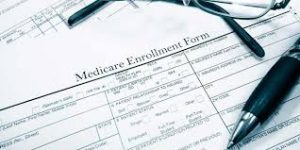 Medicare provides essential healthcare coverage to tens of millions of Americans, but every year, the program sees some changes to the way it offers its benefits. In 2017, not only will Medicare participants see typical changes in costs and coverage options, but they’ll also see political pressure that could result in more dramatic healthcare reform that could affect Medicare. Below, we’ll look at some of those changes and how they’re likely to affect you

Medicare costs are going up

Every year, Medicare sees adjustments to what it charges participants. For those who have hospital coverage under Medicare Part A, the following changes in premiums, deductibles, and co-payment amounts are the most important.

Meanwhile, medical-care coverage under Medicare Part B will also see cost increases in 2017. The table below has most of the major changes.

Also, high-income individuals with earnings of more than $85,000 for singles or $170,000 for joint filers will have to pay even larger surcharges. You can get the full amount of Medicare increases here Opens a New Window..

Medicare Part D provides prescription drug coverage to participants, who can choose from among plans that private insurance companies offer. However, the number of different plans available to those participants is slated to go down again in 2017, hitting its lowest level since 2006.

Medicare beneficiaries will have about 22 prescription drug plans to choose from on average in 2017, according to figures from the Kaiser Family Foundation. That might sound like plenty, but the problem is that plan offerings tend to vary widely in terms of what specific drugs they cover and what cost structures they impose. For instance, average monthly premiums among the 10 top prescription drug plans varied from $16.81 at the low end to $71.66 at the high end. Those differences reflect the level of coverage each plan provides, but for those seeking to tailor their needs to a particular plan, having fewer options makes that task much more difficult.

Medicare and politics will go head-on

Finally, with changes in the White House and full Republican control of both key branches of the federal government, Medicare is expected to be one of the focal points of healthcare reform efforts. Most of the attention thus far has gone toward the expected repeal of the Affordable Care Act. But Medicare has an even bigger budgetary impact at the federal level, and so it will inevitably get attention as well.

President-elect Donald Trump campaigned on the idea that Medicare wouldn’t see major changes. However, Republicans since the election have been more vocal about looking for ways to revise the program. Support for the Medicare Advantage program is consistent with the party’s preferences for private-sector solutions, with the idea of more participants moving away from traditional Medicare toward the insurer-provided Medicare Advantage plans. In addition, changes introducing voucher systems that would potentially cap the amount of federal financial support toward healthcare costs could shift more of the financial burden of rising healthcare costs onto participants.

Any proposed changes to Medicare will inevitably stoke controversy and intense debate. However, it’s entirely possible that massive reforms could gain enough traction to come into play in 2017.

Medicare is a linchpin of financial security for American retirees. With both certain and potential changes coming down the road, Medicare participants need to keep a close eye on the program in the coming year.

This entry was posted in Medicare. Bookmark the permalink.